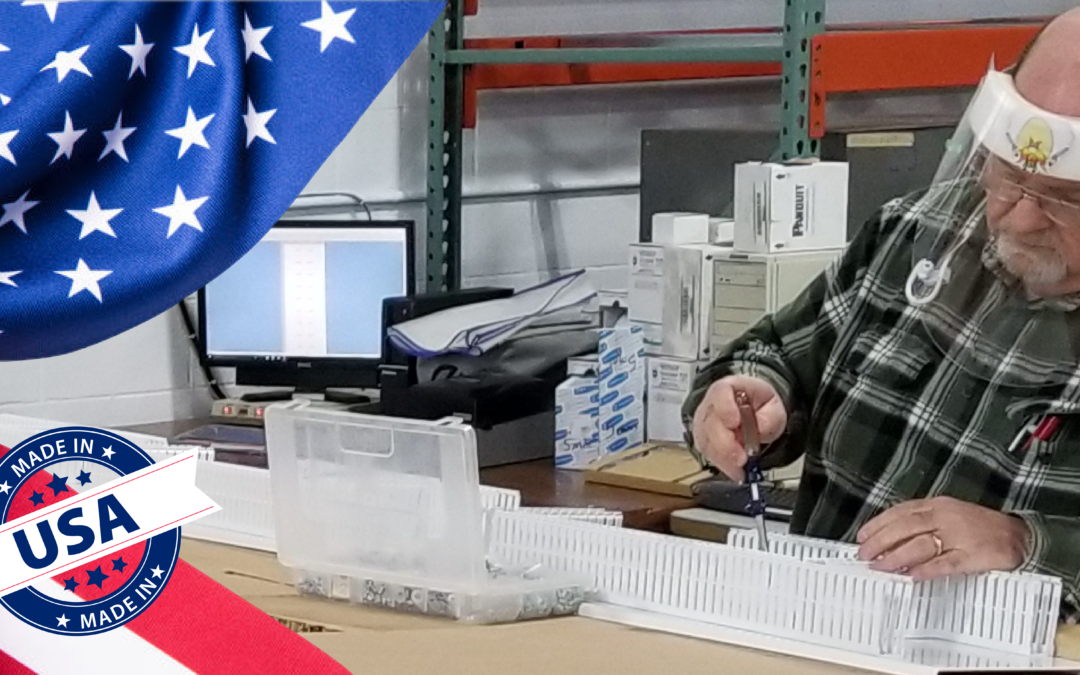 Bringing Manufacturing Back to America

The Economic Policy Institute analyzed American jobs lost to China between 2001 and 2011. During that time, the trade deficit with China eliminated or displaced more than 2.7 million U.S. jobs, over 2.1 million of which were in manufacturing.

There are, however, signs that the trend to offshore production may be slowing or even reversing. According to the Reshoring Initiative®, approximately 600,000 manufacturing jobs have been brought back via reshoring or Foreign Direct Investment (FDI) to the U.S. from offshore since 2010.

There are numerous reasons why companies have begun to reconsider their manufacturing practices. For example, among the many impacts of the global pandemic of COVID-19 is a growing awareness that America is overdependent on foreign suppliers for vitally important materials and equipment – most visibly, pharmaceuticals and medical supplies.

From a national security standpoint, a strong case can be made that it’s unwise to keep relying on a global competitor such as China for strategically important materials.

In addition to national security concerns, however, there are many other reasons why companies have begun to return manufacturing to the U.S. Among these reasons is rapidly rising Chinese wages, quality concerns, and a host of hidden costs.

The State of American Manufacturing

According to Moser, companies have tended to focus on the price of a component or product. American companies that sent their manufacturing offshore often did not consider all the costs involved.

Initially, Moser indicated, offshoring to China presented significant cost savings over manufacturing in America. Wages in China were a fraction of those in the U.S. and the country offered a disciplined and increasingly skilled labor force. In addition, the Chinese government was motivated to do whatever it took to attract business and undertook the building of modern infrastructure.

Manufacturing in China also gave companies access to millions of newly minted middle-class Chinese consumers. Quite literally, they could not afford to be left out of one of the largest and rapidly growing consumer markets in the world.

Then, as Moser explained, things began to change. Tariffs imposed by the Trump administration increased the cost of imported parts and materials and added an element of uncertainty into supply chain economics. Manufacturing wages in China also began to spike – increasing 64% from 2011 to 2017. And, new regulations limiting the sulfur content of marine fuel led to increases in the cost of shipping.

“…the cost savings that American firms had enjoyed began to erode around the year 2010. Changing macro-economic factors, such as labor and transportation cost increases, absorbed much of the savings from which manufacturers had previously benefitted. Also, after experiencing offshoring firsthand, many companies found that hidden costs often outweighed the cost benefits of manufacturing overseas. Some of these hidden costs that were not always considered include factors such as increased costs of monitoring and quality control, uncertain protection of intellectual property, and lengthy supply chains.”

Consumers, it seems, are also more interested in American made products and are willing to pay for them – thereby helping to increase demand.

As a result of these and other changes, Moser indicated that an increasing number of American companies are coming to fully appreciate the costs and risks associated with offshoring. A Thomas Industrial Survey, for example, found that as a result of  COVID-19, 64% of manufacturers are likely or extremely likely to reshore in future. Perhaps your company is one of them?

To Offshore or Reshore?

According to Moser, there are many reasons for American manufacturers to reevaluate offshoring and consider reshoring. Companies are increasingly recognizing that costs, risks and strategic impacts previously ignored are large enough to overcome the shrinking emerging market wage advantages.

As a 2017 report by McKinsey affirmed, “firms are making footprint decisions using a ‘total factor performance’ approach that considers logistics, lead time, productivity, and risk—as well as proximity to suppliers, other company operations, and final demand”.

For companies revaluating production and sourcing options, the Reshoring Initiative® offers a variety of useful tools to help companies to examine the feasibility of reshoring. These include tools to determine the total cost of ownership – a product’s true cost based on more than just the price.

The Total Cost of Ownership (TCO) Estimator is a free online tool that helps companies account for all relevant factors — overhead, balance sheet, risks, corporate strategy and other external and internal business considerations — to determine the true total cost of ownership. The TCO Estimator incorporates a total of 30 cost and risk factors. Using this estimator, companies can better evaluate sourcing, identify alternatives, and even bolster their case when selling against offshore competitors.

In addition to the TCO Estimator, the Reshoring Initiative® offers case studies, research, consulting, and other resources and programs designed to help manufacturers sell against imports including:

The Import Substitution Program (ISP) identifies major importers of what you produce. Use the TCO Estimator to convince them to source from you.

The Supply Chain Gaps Program identifies imported products lacking domestic sources.  Companies can use this information to become the only U.S. producer/supplier.

The Reshoring Initiative® is just one of several organizations working to promote American Manufacturing:

The Coalition for a Prosperous America is a coalition of manufacturing, agricultural, worker, consumer and citizen interests working together to rebuild America. They believe America can provide good jobs for workers, affordable goods for consumers, opportunity for farms and manufacturers and a clean environment without compromising our national sovereignty and security. The mission of the Coalition for a Prosperous America is to advocate the implementation of strategic trade, tax and growth policies.

Simplex System Controls is proud to be based in the United States and supports efforts to promote and revive American manufacturing. We are ready to assist any company interested in domestic sourcing of their electrical control panels.

At Simplex, we understand that the success of a company is interwoven with the success of its community. Through our involvement in professional organizations, leadership training, community outreach programs, and public speaking opportunities, we continually work to develop the skills and strategies of our team members while contributing to the knowledge and wellbeing of our community.

Manufacturers Simplex System Controls’ Blog is looking to hear from you.

Be next to share your story supporting innovation, quality, or integrity.

If you are an engineer, engineering firm, or in manufacturing and want to collaborate on an article, or have an industry story to share contact our sales and marketing team. Also, reach out if you have strong opinions on this article.